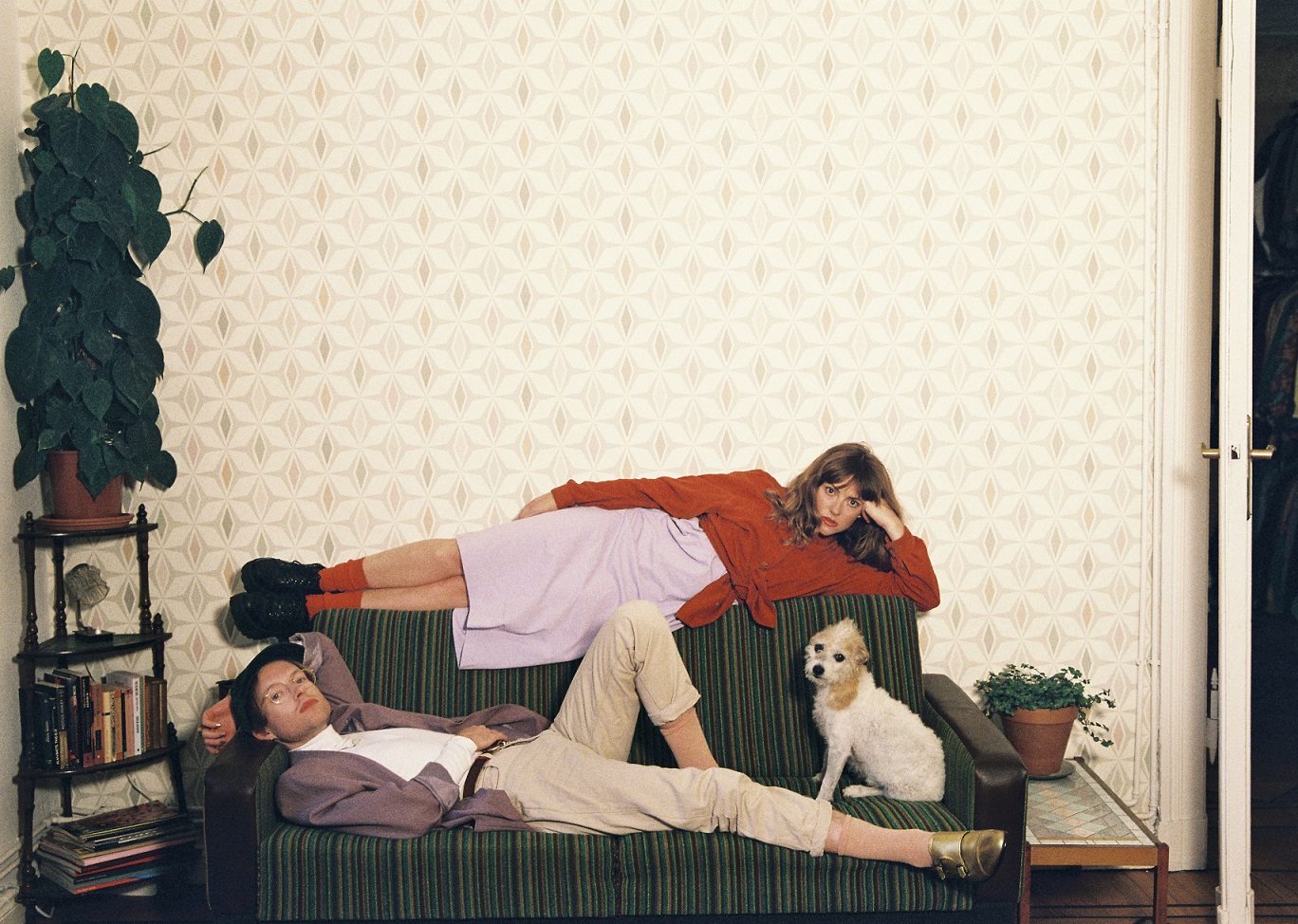 Your current favourite song (and why)?

Chloë: I’m right now obsessed with James Blake’s new single, ‘Say What You Will.’ It’s on literal repeat. To me, it feels like the song is about caring less about what other people think of you, about celebrating your successes and not letting people get you down – in this case I feel like he’s talking to the media directly but also to his own negative thoughts. Although no one knows who I am and I don’t have any media pressure (thankfully), I can relate to that feeling of constantly doubting yourself. I’m cursed by myself constantly. James, bless him, is inspiring us to not dwell on that fomo feeling, to be okay ‘with the life of a sunflower,’ with the changing seasons inside us and that which is outside of our control and to nourish ones own self-worth. James Blake is everything to me. I’m in love. And the note that he holds in the middle of this song, for what feels like a minute without breathing, I mean, I didn’t even know that was humanly possible. I try to sing along and I make it about 1/6th of the way through. And his vibrato. Someone, fan me! Just, wow. I’m such a fangirl.

Elliott: ‘Vienna’ by Billie Joel. So many years I dismissed Billie Joel and his particular brand of cheesiness. As I’ve got older though, thankfully, I’ve been able to drop these pretentions and recognise the charms and necessity of certain cheese, embrace it even (also writing some myself). And say what you like about Billie Joel, but man can he write a song. He’s the sort of artist that you don’t necessarily put on, but somehow know all his songs. That being said, I never knew his song’ Vienna’. It came up on a Spotify playlist recently and I fell in love. The melody is so smooth, the kind you’re humming a long before you’ve even finished your first listen. I also love the moral of the song- slow down, take a moment- you don’t have to be everything all at once. This is something I think our anxious generation, raised on the notion that your worth is directly linked to your productivity, needs to listen too more.

Your current favourite record (and why)?

Chloë: ‘Hurt’ by Timi Yuro. I picked it up the vinyl in a record store last year, simply because I was taken by this beautiful woman on the cover. When I gave it a spin, I was in awe. Her voice. Her voice! The album was released in 1961. Timi is a legend to me now and takes me back to a very romantic time of my life last year. One which now, hurts.

Elliott: ’Breakfast in America’ by Supertramp is one of my all time favourite albums and I’ve been listening to it quite a bit lately. When I was 7 or 8 I would visit my childhood best friend’s house and his parents owned a copy of ‘The Very Best of Supertramp’. They had a fancy sound system and whenever I was allowed to choose the music I would put it on. Their music is close to perfect for me – their sound is so uninhabited and playful, yet earnest and real. ’Breakfast in America’ is their most celebrated album, it’s where I think they sparkle most brightly.

Chloë: A small island off the coast of New Zealand that I wish I’d never left. It’s a secret paradise and I shan’t reveal the details. Sorry…

Elliott: Probably my bathtub. I started taking baths because my apartment doesn’t have a shower. But what began as a necessity transformed into a little ritual. I listen to albums in there or just simply ruminate. For some reason whatever anxieties I’m having at any particular time don’t follow me in there. It’s a simple pleasure and I recommend it to all those lucky enough to have one. Also, whatever good ideas I ever have seem to come to me in the bath also.

Chloë: Sounds weird but, eigentlich es ist Sprudelwasser! Sparkling water is not really a thing in New Zealand. I remember walking onto a stage in Berlin and they had put sparkling water into our glasses. I had to burp so much in between songs but now I’ve been completely turned to it (and can control my burps).
I own a soda maker from the 70s that I bought for 10€ off ebaykleinanzeigen and it is my life.

Elliott: Chocolate milk before 6pm. Gin and soda after 6pm. They both soothe the soul and the palette in different but necessary ways.

Chloë: Ok so I know I sound like I’m a difficult dinner date- as I’m vegan and can’t eat gluten. But I can be fun. I love cooking. I’ve also worked as a chef over the years part time when ends haven’t met. I love to use fresh, organic, local ingredients. I love dinner parties and cooking for lots of people. Cooking is my meditation. I’m not much of a baker, you see I wasn’t allowed sugar when I was a kid because I was that kid who would go fucking NUTS on sugar, so when there’s a cake that is vegan / gluten free- I am a monster. And I still get really high on sugar. It’s actually my only drug. If you want to know the way to my heart, or you want to make me giggle straight for ten minutes, then you can bake me a cake!

Elliott: Ever since I was a child I was known for eating meat pies- mince and cheese specifically. They seemed then, and still today, like the perfect food. I became a vegetarian 10 years ago which presented a little problem however. Since then it’s been my small but earnest culinary quest to create something as close to my childhood obsession as possible. I’m pretty much there too. I cook a vegetarian mince and cheese pie that critics (i.e friends) rave about. I make it on special occasions, when I have big dinner parties at home. New Zealand isn’t really known for its cuisine, but this is my own little nod to where I grew up.

What you’d like to read about yourself but hasn’t been written about you yet?

Chloë: This is a hard question, because I‘d either come across as self bashing or egotistic. I’ll take the route I usually take (the self bashing route) and say that if someone feels compelled to write about me, I’d be flattered for their thought about me, be it good or bad. I can take the criticism.

Elliott: My eulogy. I’m in no rush for someone to write it but I guess it’s the one thing written about me that I’ll never get to read.

Thank you for the Answers! 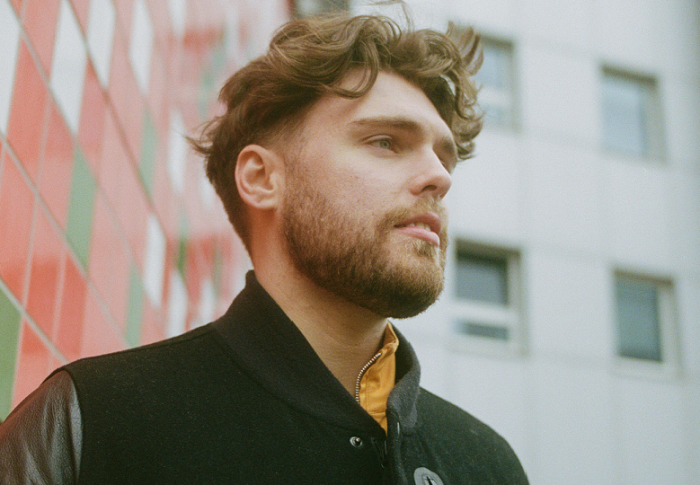