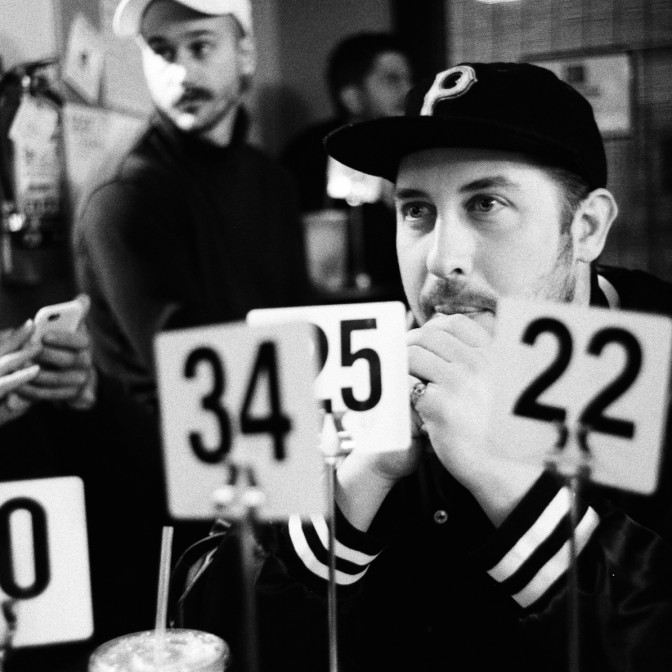 John: The shows were great! Hamburg was the hottest, I’ve been on stage in such a long time. It felt really good! It’s always nice to play in a club where you get hot, because people are moving around and having fun. There’s something about that bodies in a room and crammed.

John: Yeah. It’s so much better than playing a hot stage at a festival. It’s been great, saw a lot of good friends here. Just fun!

HDIYL: So when are you coming back to tour in Germany?

John: We’re coming back in September. It’s been a while since we’ve been over here. We used to come twice a year for a long time. But we’ve been working on this album and it took us forever.

HDIYL: Unfortunately I’ve missed your show in Berlin last week, but I will be in the crowd in September for sure.

Let’s talk about your new album „Woodstock“. It took some time to finish it, why was it so hard for you?

John: It wasn’t necessarily difficult for us to do. We basically recorded as much music as we always have. We had no end point. It wasn’t like you record ten songs and you have an album. It was more open ended. We started recording in Malibu, at Rick Rubin’s studio, at the band studio, they built in 1972. We recorded at Bob Dylan’s tour bass recording studio. It was so difficult to finish anything, because everything we were doing was cool and fun. And Mike D was there, one of the Beastie Boys, and all the lyrics were great. It was just a lot of fun and I think it’s hard to finish something, when you can get smoothies every morning and be at the beach in Malibu. The same thing happened when we were there with Danger Mouse. We recorded 15 songs with Mike D, almost 20 with Danger Mouse. It was about constantly writing music. I mean, we wrote so much music during that period. It was that Prince or Paul Simon approach to music.
We could have put the best 15 songs together and put them out, but that’s not how I work. I need to have an end point, an aim and I have to know that we have 10 songs to make. That’s what we ultimately did. We threw all the four pieces of songs and started the whole thing all over.

HDIYL: I’ve read that you had one album finished called “Gloomin + Doomin”. What happened to those songs? Are they on the album or are they special songs for an upcoming album?

John: I’m not sure, what it’s going to be. They will come out in a way. Like I said – it’s cool stuff. When you’re moving like that, I feel personally anything creative, it’s like there’s something in the air that people picking on. When you’re making music, you need to turn around and put it out. Especially today with Spotify, Apple Music and Deezer. You really have to move on a quicker pace. It just felt, in my mind, the stuff got too old to put out. I guess, it will be cool, when the songs are released, but I started all over again.

HDIYL: Of course every album is different. What would you say is unique about „Woodstock”? Maybe compared to your former albums.

John: So Woodstock, is a record I always wanted to make not necessarily the way I pictured it. The whole thing came about, because Zach and I had gone back to Alaska. We were hanging out with my dad, who builds houses, and he was talking about music the way he builds houses. He asked us what is talking us so long and why we just don’t go out and take our instruments to the studio and record songs and release them. He said it in the simplest way, it’s just funny, because he is always right. In that same conversation, he handed me his ticket to Woodstock and it’s something he hadn’t seen since Woodstock, basically. He didn’t even know he had it, because he moved to Alaska and gave his old tour box to a friend. This ticket was on the bottom of it. We ended up making this record for him pretty much. As looking at Woodstock and what he got to experience. We took a festival approach to the album. The way I looked at, it was like my high school CD binder. Everything I listened to, when I was at high school. Like “Feel It Still” got that Motown thing I loved. It got this 90ies loud quiet loud stuff happening and it has this Missy Elliot, Outkast sample style on it.

HDIYL: I was listening to “Woodstock” yesterday while I was cooking my dinner.

John: Oh really? That’s awesome! It is everything we grew up with and everything my dad gave me. I think every song isn’t similar to the next and it’s was meant to feel like flipping through CDs and listening to different kind of artists.

HDIYL: That’s true! It’s like a Best of collection, right?

HDIYL: You already released three music videos for the singles. I think your music videos are always a little bit special and arty, in a good way. How important is a music video for you?

John: Personally, I really like music videos and I find a lot of artists through videos. It is just another way of putting music in another context. Sometimes it’s a contrasting image. It’s just fun to make and get into another medium. I’m not an actor and we all are aware of that. It’s just fun to put another spin off things. It’s something I learned from downloading music. When you download music, you hear it in one way. You can listen to it in a certain way until you see the album artwork. For me, I can see a cover for an album and be like “Ah this is what it is and that’s what I’m missing in it”. The visual is very important to me.

John: Sometimes it does and sometimes it’s just Tarentino off the wall. Sometimes it may not look like they fit together, but they are parallel.

HDIYL: Coming to one of my last questions: Do you know any German artists, besides Casper?

HDIYL: He supported you on your tour in the States, right?

John: Well, he “supported” us. He came on four shows with us. He just happened to be in L.A. and he was hanging out there, going to a Kanye West Show and then to our show. When he showed up, we said “Why don’t you come on stage and play some songs?”. You have to understand the type of person Casper is. He’s really amazing! It says a lot of getting up to an American audience, only speaking English and to rap in German. And still own that crowd! I mean, he’s better on stage than I am – in English or obviously in German. Casper killed it in the most minimal way you can get possibly on stage. He had normal light and a laptop. He’s just a real artist and a natural talent. Not talking about any other German artists, but he is really special. That is something, you’re lucky to have. I’m excited to hear what he does next.

HDIYL: My last question is one of my favourite questions, because I’m always curious to know to what kind of bands musicians listen to. So what’s your favourite song or album at the moment?

HDIYL: That’s the typical answer, because everyone has to check his Spotify account.

John: Well, I can tell you something about my latest playlist. I’ve really love Ty Segall. He is an American artist and he is so consistent. He puts records out every few months. I respect him a lot! I only have five of his records and that’s not even close! It is also the first time, in a long time, I felt kind of, not really star struck, because that’s not a part of who I am. But we walked passed him, when we were recording this album. Just randomly. I was like “Oh man, that’s Ty Segall!“ He’s intimidating, he makes we wanna write better music and try hard. That’s my favourite current artist.

Thanks a lot for the interview! 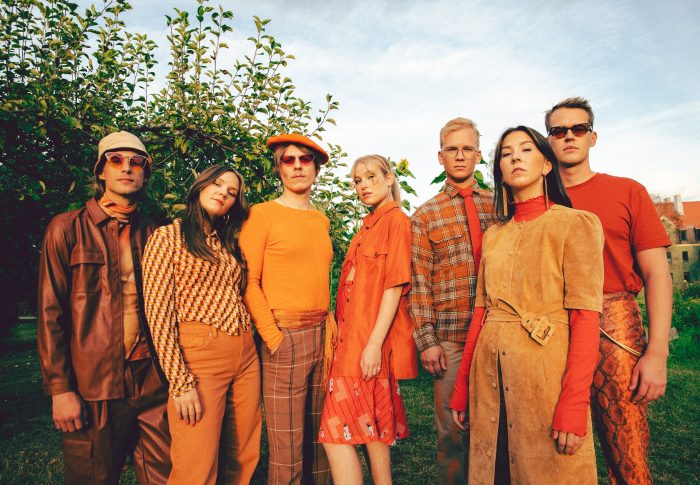 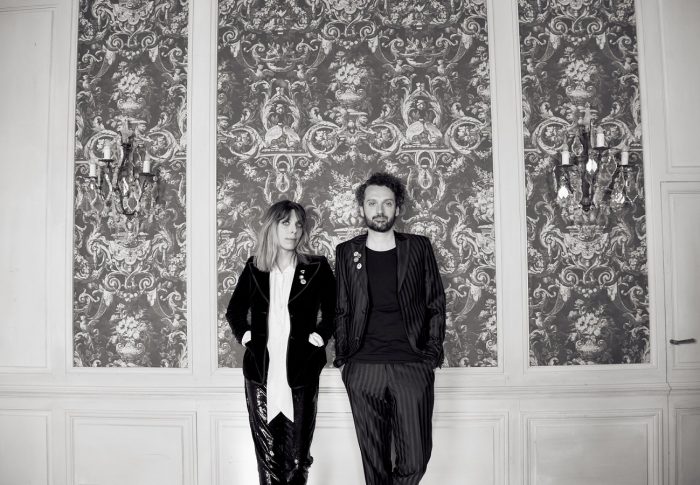 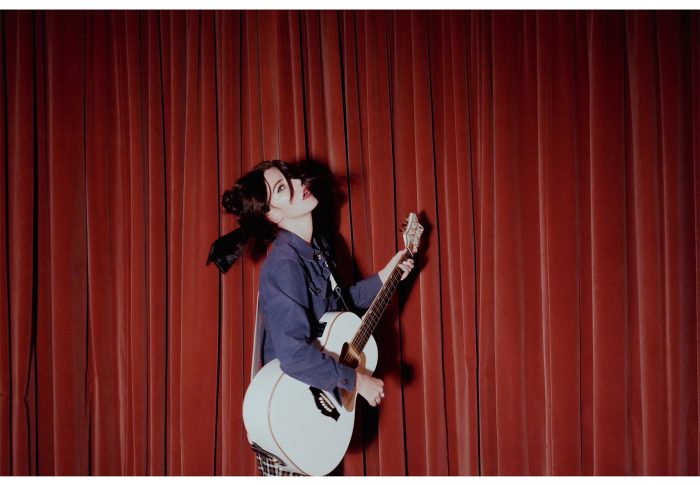 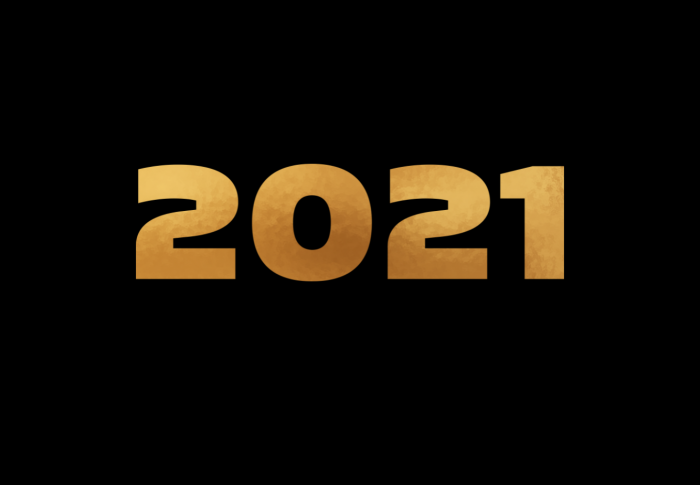