What have been your favorites? In 2018 we had our own curated line-up in our studio, which was used as a venue for iceland airwaves in that year, and there I got to see a lot of bands, they were mostly icelandic acts such as Ayia, Bríet, Axel Flóvent and Júníus Meyvant and they were all really great but I also got to see a band called hilang child and a few other acts from europe. A few years ago I remember seeing GusGus and being blown away, I guess that would be the most memorable performance of these festivals.

What do you think makes Iceland Airwaves as magic as it is? I think it’s just become a really big part of Iceland’s music culture and is one of a few festivals in Iceland that have stood the test of time. By bringing in music lovers from all over the world and showcase mostly up and coming acts that are taking their first steps in the music business, giving them a chance to play for people from the music industry and giving the those people a chance to discover exciting new acts before everyone else.

Are there any other, smaller icelandic music and culture festivals you would recommend people if they are planning a trip to iceland? I would recommend going in the summertime to a festival called Bræðslan – It is in the east side of the country in a small town called Borgarfjörður Eystri and they alway have a very good line-up and the scenery there is also very beautiful.

Even the local icelandic music scene seems to have a neverending creative output and i noticed that many of the musicians are playing festivalshows in several bands. What do you think could be the reasons for this. Is Iceland a big country of many, many friendships? Iceland is pretty big on the map but there are not many people that live here. Most of the music scene is in Reykjavik and yes it is very common for musicians to be playing in many bands. I guess the reasons for it could be that it’s difficult to get by if you only focus on one thing here, since you can’t really make that much money out of being a musician because of how few we are. Also the city isn’t that big so it’s easy to be playing with a band at one side of town and then drive 15 minutes to the other end of town and play with some other band.

Are you playing in other music projects too? Not really, I sometimes record music with other people but I don’t really have any other project that I’m working on at the moment. I want to focus on this for now, but I will probably have some other projects to work on in the future.

Some months ago I was listenig to a conference panel at the Reeperbahn Festival. One of the speakers, coming from Berlin, was asked where Berlin is looking for cultural inspiration. He answered Berlin looks often to Iceland. What makes in your opinion Iceland as inspiring as it is for other European countries? Hard to say, I guess it’s inspiring to look at a country like Iceland with only 350.000 inhabitants and see how much impact it has made in music and other things worldwide.

Are there any shady sides at icelandic cultural developpment these days you would like to improve if you could? It seems like live shows and concerts are not as much of a thing now as they used to be. It sometimes feels like the tourism industry has taken something away from the culture, some venues were closed down and hotels came instead, these are just things that come to mind but I guess these things are good for the countries economy. But there are a lot of good things happening as well.

What is your favorite icelandic spot which no-one can find in the tourist guides? Grettislaug is a pool by the sea in the north side of Iceland and draws its name from Grettir Ásmundarsson who was supposed to have swam from a little island there close by and when he came on shore he laid in this pool for a long while.

Your Father Einar Georg Einarsson is an icelandic poet. How much has he influenced your lyric work? My father has contributed a lot of lyrics to my music and has made a big influence on the project. We still work on lyrics together sometimes and I think our relationship has just gotten better and better over the years.

Lyrics often seem to be quite superficial. What is your personal approach to get your lyrics deep and deeper? That is what I’m sometimes afraid of when I write my own lyrics, but you can’t think about that stuff too much, just say what you want to say and stick to it. But my father has helped a lot with giving deeper meaning to my songs. He is way older then I am and has experienced much more then I have as well as having been writing poems since he was a child, but I think a mixture of some deep thoughts and these a bit more superficial lyrics is a good thing.

Your music also has this kind of deepness and melancholy, people like me love. How much happiness can one find in your songs? It’s probably true that my music is usually a bit melancholic but I think you could find some happiness there underneath as well. It also depends on who is listening to it and how they perceive it.

What ist the most happiest song of your new record and why? I think songs like „Pictures“ and „until daybreak“ can be perceived as happy. I just think their vibe is quite happy, at least not very melancholy.

How much Ásgeir´s songs have changed since you released your first album in 2012? I think on this new album I went back a bit and made something that has more in common with the first album then the second. I wanted to try and keep it simple this time around, just focus on the songs and not get lost in the post production. I think my style hasn’t changed that much but I feel like I have more options now, I’m more familiar with what I like and what I don’t like and I’m more able to decide how I want things to sound and then execute that.

How much does your home country has an impact on writing Ásgeir Songs? It’s hard to say, I’ve been living here my whole life except for when I’m on the road so I guess the country is a big part of me somehow and probably some of that shines through in my music.

Are there other influences which had an impact on your songwriting for „Bury The Moon“? I think mostly it was the decision of going away for a few weeks on my own and gather my thoughts on what I wanted to do. I had two Cd’s in my car while I was away and they were Fleet Foxes first album and Bob Dylan – the times they are a changin and maybe that had something to do with how it turned out at least the acoustic songs. When I came back to Reykjavik I had a pretty clear idea of what I looking for so the recording process was very smooth and easy.

Why ist here no song on the album sung in icelandic? Or is it only our international promo copy? There are two versions of the album, Icelandic and English, which is the same way we made the first album.

Are there any german musicians your really like? I used to listen to Rammstein a lot when I was younger, and learned how to play the drums by playing along with one of their albums called Rosenrot. I also used to play Bach and Beethoven when I studied classical guitar. I’m also like Nils Frahms music and Milky Chance music.

Are there some places in Germany you remember from your travels? Me and the band love coming to Germany, especially Berlin. We’ve had great shows there and a good time seeing the city. We’ve usually been staying in Mitte and that’s our favorite part of Berlin.

How Deep Is Your Love (our blog) is based in Nuremberg. Have you ever heard from Nuremberg and are there any memories? I know a guy that used to play football for Nuremberg, I think he doesn’t play there anymore. But I’ve never been there myself. 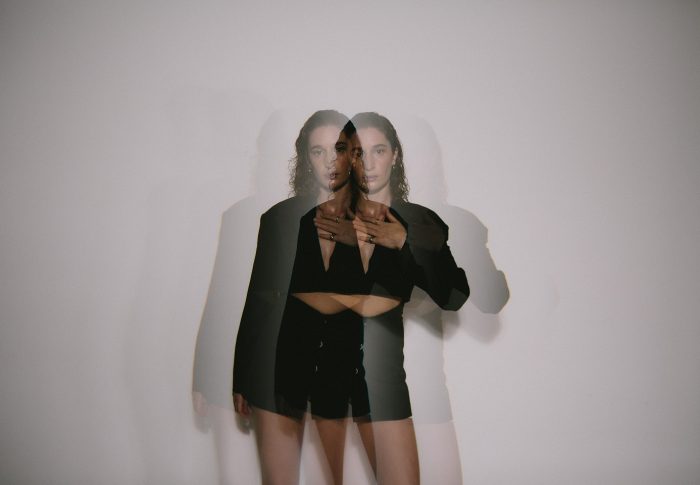 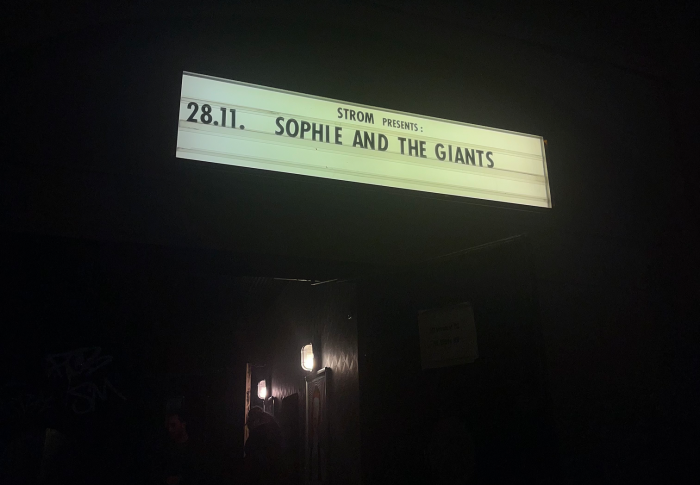