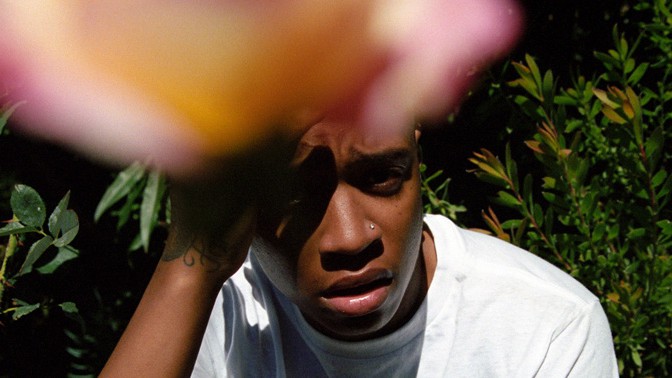 Rejjie Snow comes ‘all around the world’ to perform in Berlin.

When April 13th rolled around, I realized Rejjie Snow, “the best rapper to ever come out of Ireland” according to Vice, was performing at Berghain Panaroma and I had no tickets. My bad really- I had underestimated how many fans he’d accumulated in Berlin. The show was quickly sold out- but with a little bit of luck I managed to get my self there after all.

Rejjie left his audience waiting a bit, while his DJ warmed up the crowd. I’m not sure if it was just the anticipation to see this rapper who, although didn’t have a fully released album yet, seemed to steadily release one single better than the next, but everyone seemed fairly stoked pretty quickly.

Anyways, after considerable warming up, Rejjie emerged on stage to an excited audience only to have maybe his second track start skipping unexpectedly. The DJ started to shout towards the sound technician at the other end of the venue and kept promising that this literally never happens to them. Honestly, I initially thought this was sort of a funny ploy to build the energy up and get people antsy for his music. However, after this issue repeated itself a few times and with Rejjie commenting, “this is awkward” I realized it definitely wasn’t. Ok yea, it interrupted the flow of my dance moves, but it wasn’t really awkward at all. If anything, it made the whole experience more endearing, more human, more intimate. It’s like- yea Rejjie, we survived that funny Panaroma Bar concert together.

The DJ also commented to us that we better get our energy levels up- Rejjie might have been jetlagged and at some point, apparently on the verge of an asthma attack (shout out to the audience member who passed their inhaler on stage)- but seriously commanded his space. By the time he played ‘Flexin’ from his (there announced) soon to come Mixtape (think more trappy beats than you’d usually expect from him)- I had the distinct feeling I hadn’t scored tickets to a sold out concert, but rather that I was crashing an epic house party I just happened to stumble upon. Not sure how he got everyone in this fairly small, intensely packed room to dance with each other as if they were old pals (he encouraged everyone to head to the center and start kissing- no clue why this suggestion wasn’t jumped on) but he did and it was pretty awesome.

Rejjie dropped his EP, Rejovich, in 2013 and since has came out with tracks like ‘All Around the World’ and ‘Blakkst skin.’ He teased a few of his new tracks- that seemed mixed with some cool components and mostly discussed unfair cops, blood stains from his girlfriend, and a little bit of LA. Kind of normal, everyday topics but with exceptional beats and clearly performed with a lot of fun and joy.

For now, I have one of his new tracks, ‘Crooked Cops’ on repeat and am anxiously awaiting that mixtape. Check it out: